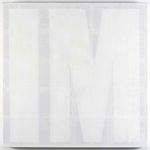 Tim Rollins (born 1955) launched the “Art and Knowledge Workshop” in the Bronx in the early 1980s with a group of at-risk students who called themselves K.O.S. (Kids of Survival). Out of this grew a collective art practice based on texts that the group studies together, from the popular to the arcane, the minor to the canonical, legal documents to comic books (areas in no way mutually exclusive in Rollins and K.O.S. s view). By mining the vast wealth of printed matter, the collective produces allegorical paintings, sculptures, and drawings.

In 1991, Rollins and K.O.S collaborated with Columbus College and the Harold Washington Public Library, holding workshops with eighteen teenage students from the City of Chicago Public Schools to create
AMERIKA – For the Authors of Chicago, a site-specific work incorporating fifty Chicago-based novelists, poets, lyricists, and composers for the Chicago Authors Reading Room of the Harold Washington Public Library.

Rollins recently worked with STUDIO AIR, an art and design studio workshop for teenagers from the Southshore community in Chicago. The group produced a twelve-page project of india ink, oil pastel, and collage on bookpages based on the Prometheus Bound of Aeschylus. The project was sponsored by Dia Center for the Arts, New York, and was exhibited at the Rhona Hoffman Gallery, Chicago earlier this year. Rollins studied fine art at the University of Maine, earned a BFA from the School of Visual Arts, New York, and an MA in art education and philosophy from New York University.