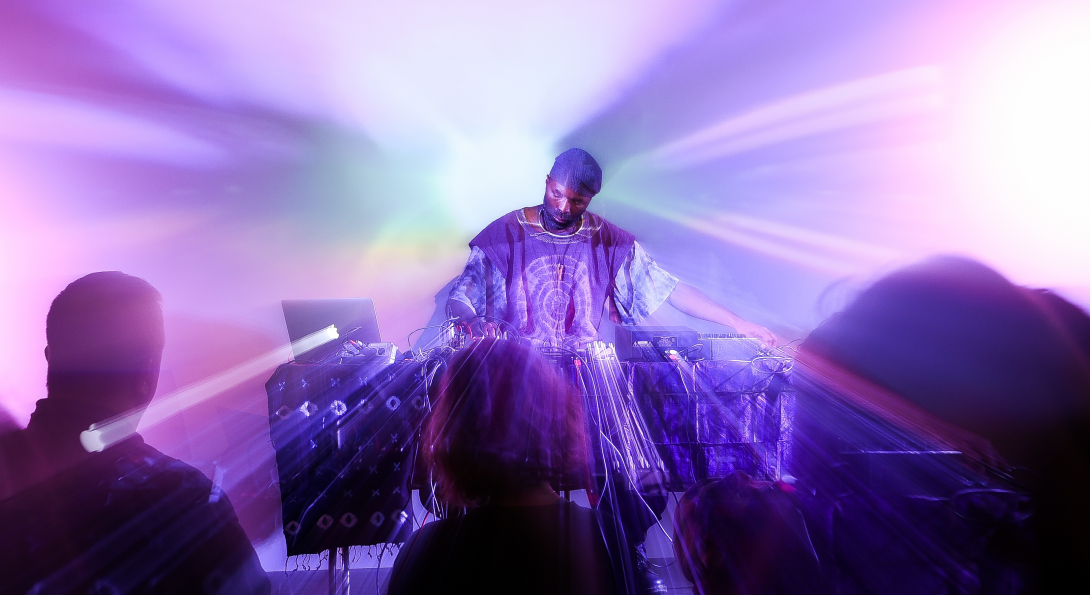 Kamau Patton is an interdisciplinary artist and educator whose work examines history and culture through engagement with archives, documents, stories, and sites. Patton’s projects are dialogic and take form as expanded field conversations. Patton received his MFA from Stanford University in 2007 and received a degree in Sociology from the University of Pennsylvania. His work was shown in 2012 as part of Pacific Standard Time and in 2013 as part of the Machine Project Field guide to LA Architecture. Patton has completed projects in soundscape studies through support provided by the State University of New York at Buffalo, the Mellon Elemental Arts Initiative, and the Tang Teaching Museum. He presented research in 2016 at the ABF house in Stockholm, Sweden, as a part of The Shape of Co- to- Come symposium and exhibition. Patton participated in a series of performances as part of Projects 107: Lone Wolf Recital Corps at the Museum of Modern Art in August 2017. In September 2017, he installed an iteration of his ongoing project, Tel, at the Tang Museum. In 2019, Patton’s public art commission with the Bowman Montessori School in Palo Alto, CA, was open to the public.

Patton will talk about his current project Tel. The lecture will focus on transmissions, remote performance works and text to sound compositions done while in quarantine. Tel is a platform for performance, study, and contemplation that will question how the nature of memory has changed in relation to the encroachment of cyberspace, telematics, and transmission technologies. The project name refers to the archeological term for a mound formed by the accumulated remains left by communities occupying a site over time. Tel is experienced through a myriad of disciplines: past iterations have been presented as transmissions, walks, conversations, engagement with archives, and a publication series.