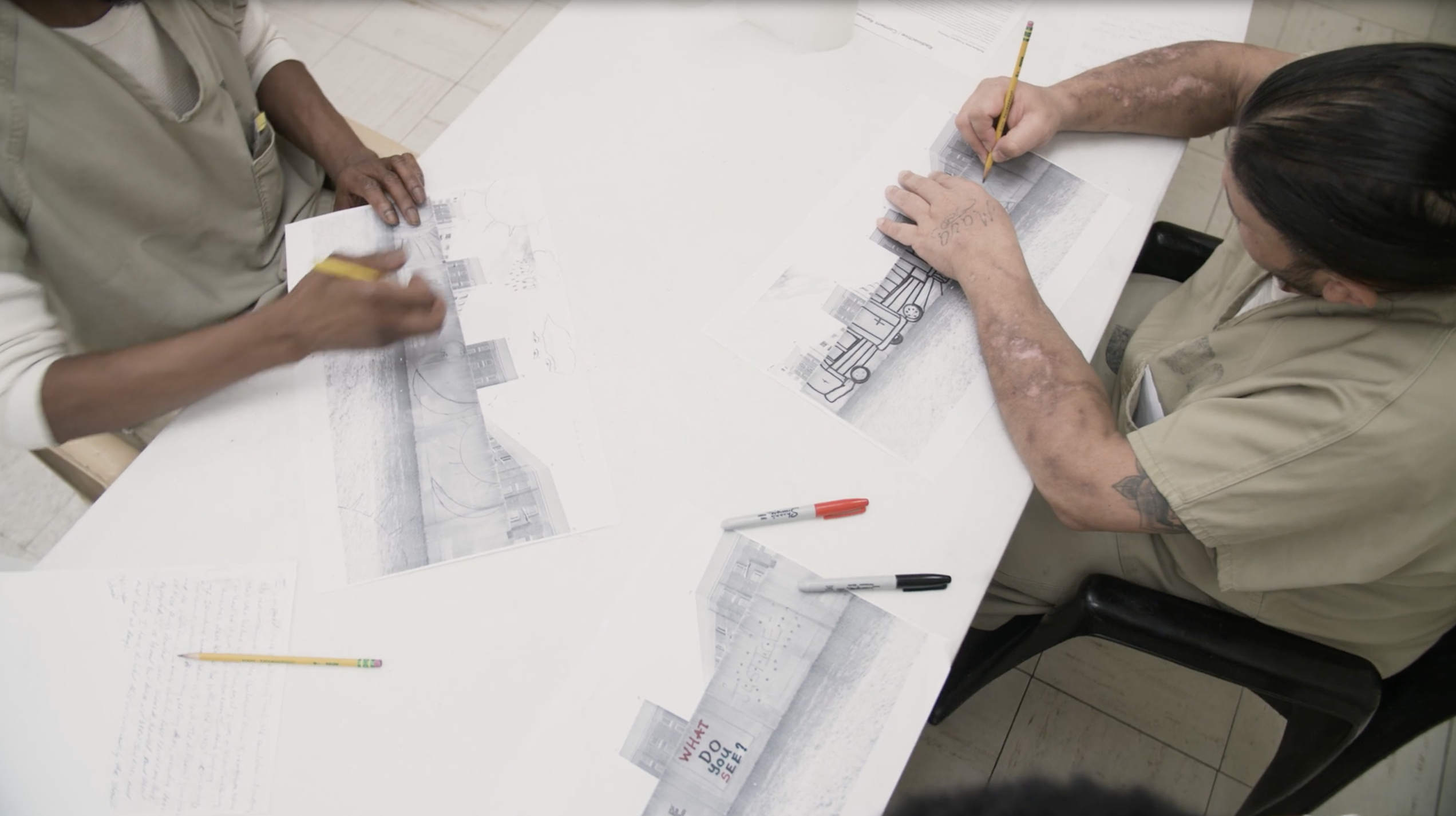 Radioactive: Stories from Beyond the Wall

Between 2017 and 2018, Maria Gaspar and Michael De Anda Muñiz led a series of workshops inside Cook County Jail’s Division 6, working with a self-selected ensemble of incarcerated men over the course of one year. The ensemble developed stories, audio recordings, and drawings that culminated in a twenty-minute audio-visual piece that was projected onto the North-end wall of Cook County Jail over the course of two evenings in September 2018.

For more resources on how to help:

Maria Gaspar exhibited at Gallery 400 in the 2015 show After Today, as part of her 96 Acres project that examined the impact of incarceration at the Cook County Jail on Chicago’s West Side and beyond. After Today included seven artists’ projects that responded to the city of Chicago’s social, political, and economic conditions and was part of an ongoing series of exhibitions and events, Standard of Living, which explored shifts in economies and in work.