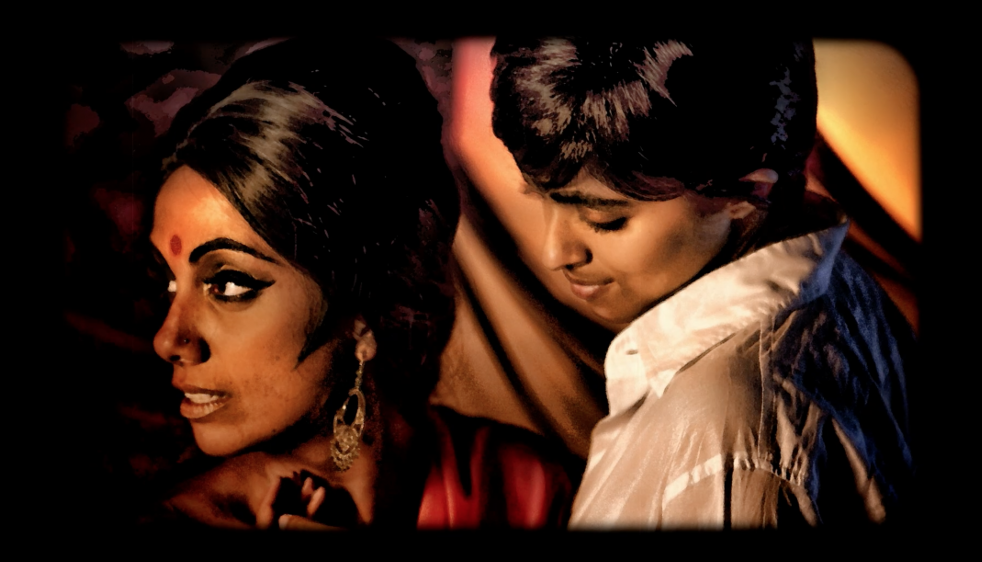 The Queen of My Dreams

Growing up, Fawzia Mirza dreamt of being the epitome of the Bollywood woman, Sharmila Tagore – a long-haired goddess with jet-black hair who can sing like a bird and make men swoon. Inspired by one of her favorite songs as a child, “Mere Sapnon Ki Rani” (The Queen of My Dreams) from the film, Aradhana, she looks back on growing up, struggling to come out as queer, and realizing she no longer has to weigh her dreams against those that were pre-fabricated for her… she can construct her own.

The Queen of My Dreams was Mirza’s first film and is a docu-narrative experimental short, an exploration of the intersection of the writer’s worlds: Bollywood, Drag, Queer. She writes:

“My work is about changing narratives. And amplifying the voices of my intersectional communities and, honestly, I hope that it empowers others to both create their own work and tell their own stories. I want to help folx feel seen, represented and a little less lonely in the world.”

Fawzia Mirza is an award-winning actor, comedian, producer, and writer. She believes in dispelling the myth of the “model minority” in mainstream media and in the power of comedy to tackle divisive topics and break stereotypes across race, gender, sexual orientation, class, and religion. Her first feature, SIGNATURE MOVE, which she co-wrote, produced and stars in, world premiered SXSW, screened 150 film festivals globally, won 14 awards (Outfest Grand Jury Prize, Best US Narrative), available on Amazon/iTunes. She wrote on CBS series THE RED LINE, executive produced by Greg Berlanti and Ava Duvernay.

Ryan Logan is an LA-based stand-up comic who also writes and directs for the web and festivals like NBC Shortcuts, Outfest and the Emerging Filmmaker Showcase at Cannes’ American Pavilion. He also collaborated with Fawzia Mirza on the web series Kam Kardashian.

Fawzia Mirza & Ryan Logan exhibited at Gallery 400 as part of the 2016 show Making Chances, presented as part of the citywide program Platforms: 10 Years of Chances Dances. This was a multi­-venue series of events and exhibitions featuring artwork, ephemera, herstory, performances, texts, and music by artists who have been supported by the long-standing and multifaceted queer collective Chances Dances, their monthly inclusive parties, and their Critical Fierceness Grant program.