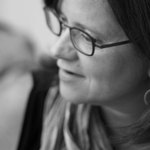 Jodi Dean’s research, teaching, and activist interests include digital media, post-structuralism, neo-liberalism, psychoanalysis, and the OCCUPY movement. Her talk will draw on ideas from her forthcoming book The Communist Horizon (Verso Books, 2012), a manifesto for collective politics today and a call for new ideas of Communism.

Dean is the author of numerous books, including Blog Theory: Feedback and Capture in the Circuits of Drive (Polity Press, 2010), Democracy and Other Neoliberal Fantasies (Duke University Press, 2009), Zizek’s Politics (Routledge, 2006), Publicity’s Secret: How Technoculture Capitalizes on Democracy (Cornell University Press, 2002), Aliens in America: Conspiracy Cultures from Outerspace to Cyberspace (Cornell University Press, 1998), and Solidarity of Strangers: Feminism After Identity Politics (University of California Press, 1996). Dean is an international lecturer and has written widely about politics and culture for varied publications and websites such as MediaTropes, Theory & Event, and The Hedgehog Review. Dean was the Beaverbook Media Scholar at McGill University in Montreal in 2010. She is currently a professor of political theory at Hobart and William Smith Colleges in Geneva, NY. Dean received a PhD and an MA from Columbia University, and a BA from Princeton University.

This lecture is presented by InterCcECT: the Inter Chicago Circle for Experimental Critical Theory and is co-sponsored by Gallery 400.

In advance of the talk, join InterCcECT for a discussion group on Dean’s recent work and projects with which she is engaged on Thursday, October 4, at 3pm at the Newberry Library (room B82). Dean will discuss excerpts from Democracy and Other Neoliberal Fantasies and The Idea of Communism. Additional details can be found at http://interccect.com.