Jefferson Pinder, This is Not a Drill 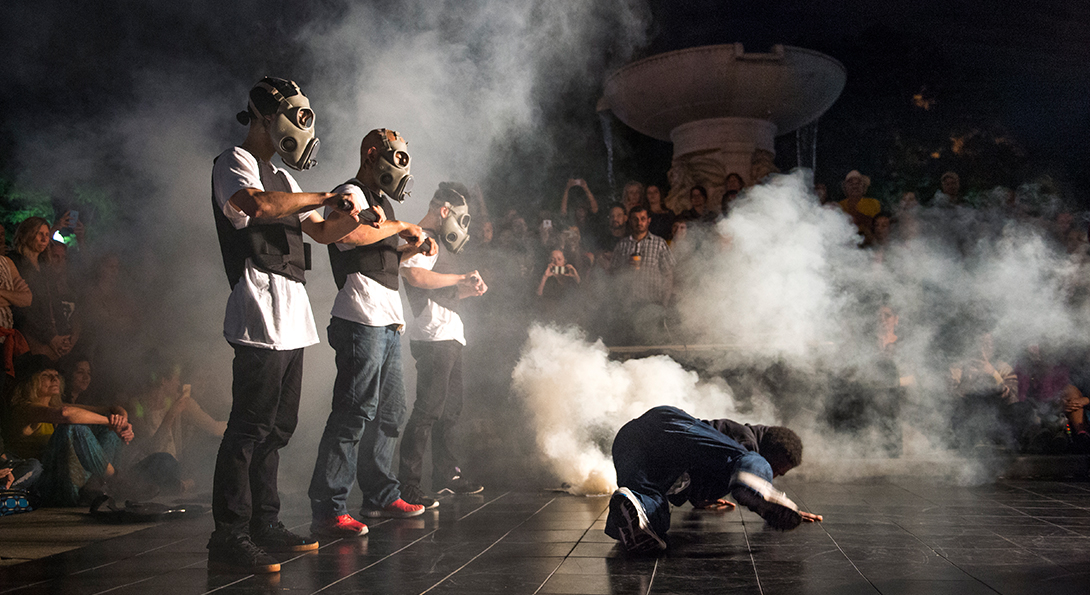 As a participating venue in this year 2019 IN>TIME Festival, Gallery 400 hosts an in-progress presentation by the artist Jefferson Pinder on his project This is Not a Drill. During this presentation, Pinder trains a team of performers to venture into the deep south during Summer 2019. Taking inspiration from Goat Island’s How dear to me the hour when daylight dies, he aggressively prepares black bodies for stylized militancy in the face of history and white nationalism.

Jefferson Pinder’s work provokes commentary about race and struggle. Focusing primarily with neon, found objects, and video, Pinder investigates identity through the most dynamic circumstances and materials. From uncanny video portraits associated with popular music to durational work that puts the black body in motion, his work examines physical conditioning that reveals an emotional response.  His work has been featured in numerous group and solo shows including exhibitions at The Studio Museum in Harlem, the Wadsworth Athenaeum Museum of Art in Hartford, Connecticut, Showroom Mama in Rotterdam, Netherlands, The Phillips Collection, and the National Portrait Gallery in Washington, DC.  Pinder’s work was featured in the 2016 Shanghai Biennale, and at the Smithsonian Museum of African American History and Culture. In 2016, he was awarded a United States Artist’s Joyce Fellowship Award in the field of performance and was a 2017 John S. Guggenheim Fellow.

IN>TIME is Chicago’s triannual winter-long performance festival. The IN>TIME Festival features a season of performances, presentations, and exhibitions at venues throughout the city from local, national, and international artists.