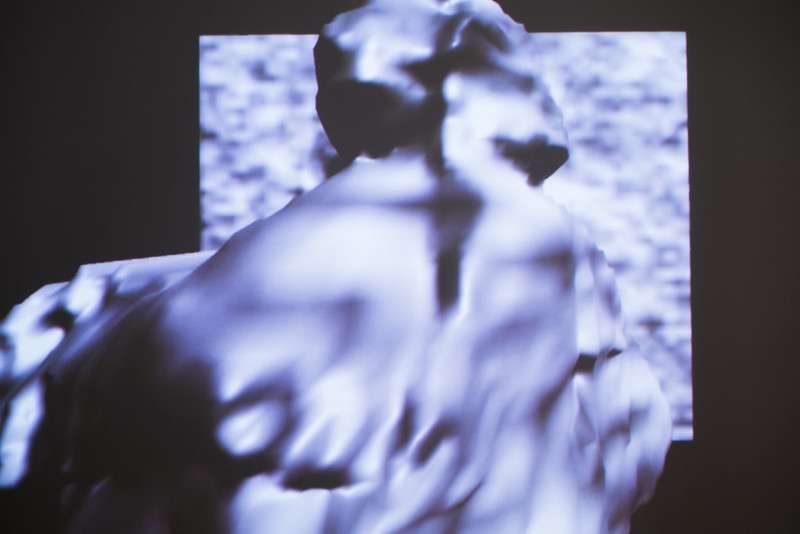 The artists in Ghost Pattern Waves make their mark through a variety of means, a series of inputs, which make up a whole. Creating systems for response and translation become necessary siphons for information in a digital age. Fortunately, the humanistic and the sublime prevail despite the conditions of their creation. Ghost Pattern Waves encompasses an expansive view of the input, from audience responses, to personal data, to IRL experience, that make up the material of a work of art. What these works uncover is profoundly more human than what we perceive their chosen interfaces capture, and, bracingly more elusive, imaginative, and transcendent.

Caleb Foss combines a spectrum of old and new media devices with a focus on how their mechanics reflect and impact social and political structures. Drawing from a fascination with amusement park rides and magic tricks, these projects take an imaginative approach to everyday technologies.

Billy James Joyce is artist and curator living in Chicago. Through painting his practice explores place, memory and natural world. In 2012 he received his BFA from the School of the Art Institute of Chicago and in 2017 he will receive his MFA from the University of Illinois at Chicago