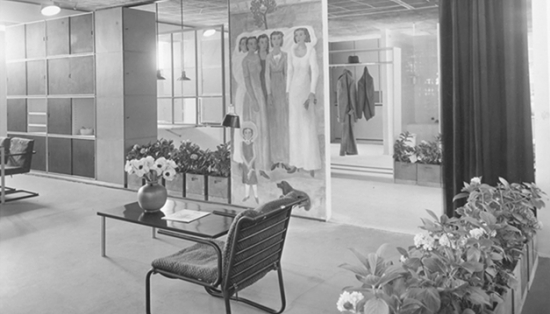 Jonathan Mekinda, Assistant Professor of Design History, has been awarded a research grant from the Graham Foundation in support of a forthcoming publication titled, Building the "House of Man": Design and the Modern Home in Milan, 1933–1957.

Mekinda's research examines the work of a group of architects and designers in Milan who came of age professionally under Fascism and rose to international prominence after World War II, including Franco Albini, Giò Ponti, and Ernesto Rogers. Building on Rogers’s 1946 invocation of the “house of man,” it articulates the modern home as a framework with which to analyze the group’s diverse projects across the middle decades of the twentieth century, which ranged from large-scale urban plans and housing projects to homes, interiors, and even furniture and appliances. Although the upheavals of the 1940s precipitated significant changes in their practices, this study shows that the work of the group after the war embodies a vision of modern society built on ideals and strategies first articulated during the 1930s that was only displaced in the late 1950s, with the emergence of a consumption-oriented mass culture via the Miracolo Economico.