Announcing the Hartshorne and Plunkard Fellowship in Architecture 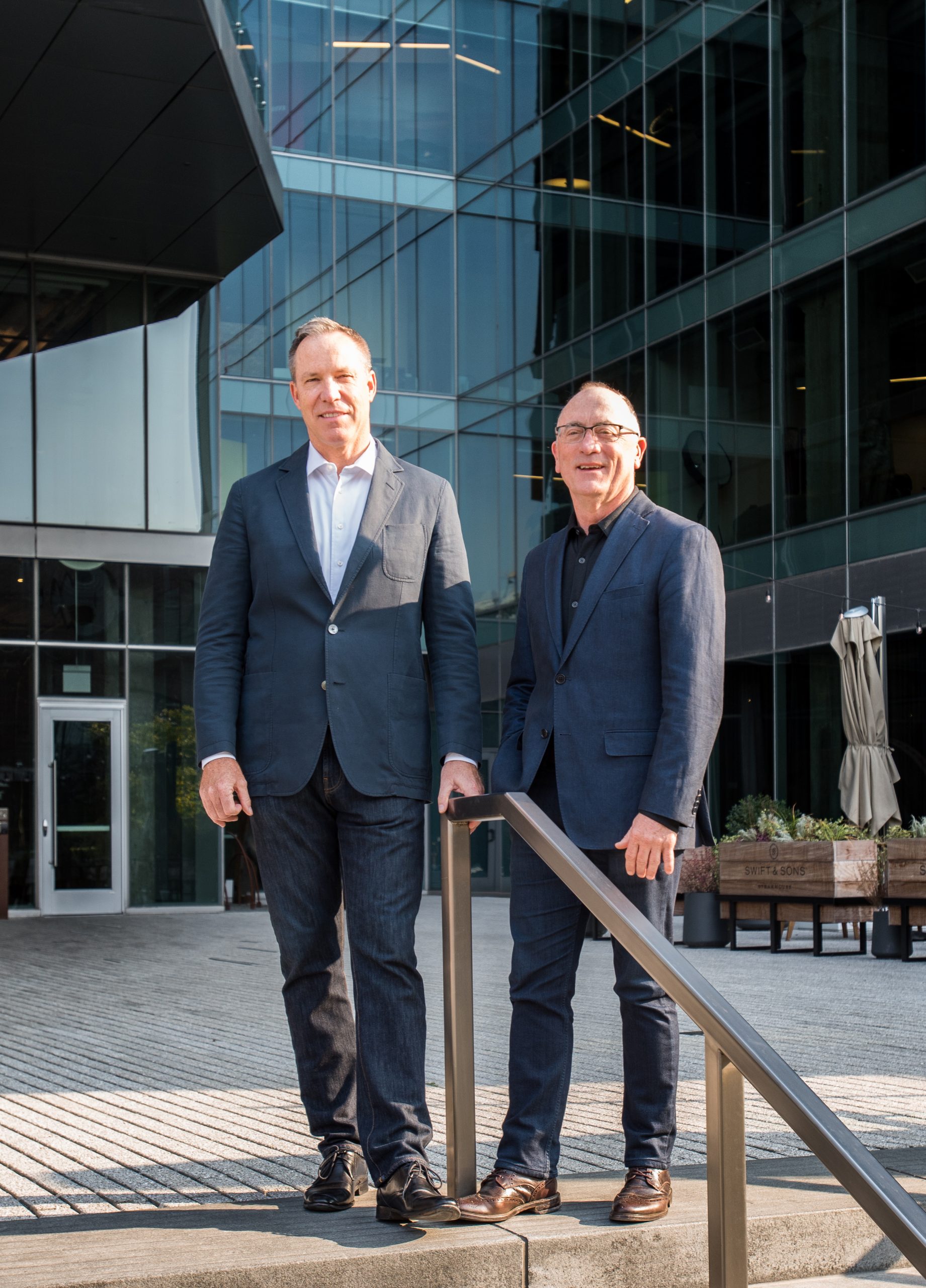 Raymond Hartshorne and James Plunkard announced on July 28, 2021 their commitment of $500,000 to the University of Illinois Chicago’s School of Architecture to create an endowed fellowship aimed at increasing diversity among students obtaining a UIC architecture education at the College of Architecture, Design, and the Arts.

The Hartshorne and Plunkard Fellowship will be awarded annually to a UIC architecture graduate student, who will receive a major scholarship, academic and professional mentoring, and a paid summer internship at Hartshorne Plunkard Architecture (HPA). The intent of the fellowship is to increase the number of UIC architectural degrees awarded to students from traditionally underrepresented populations, and in turn, diversify the talent pipeline into the architectural profession. The HPA endowment will support two graduate architecture fellows in perpetuity beginning in Fall 2021.

“Jim and I want to make a UIC degree accessible to as many outstanding students as possible,” Ray Hartshorne said. “UIC is a top architecture school with strong faculty in the greatest city in the world. We want to mitigate barriers to education, especially for African-American students.”

“UIC’s School of Architecture is honored to be able to formalize and expand its relationship with Ray and Jim, whose firm has been a leader in mentoring interns and future architecture professionals over the last three decades,” said Robert Somol, the School’s Director. Somol noted the close connection between the School and HPA demonstrates what is possible when a rigorous education is combined with an engaged practice to recruit and sponsor emerging professionals from the widest array of backgrounds and experiences. “In addition to the immediate impact of the fellowship for individual students, this landmark gift will provide an inspiring model for future collaborations with other Chicago offices that share a vision of architecture and its practice as an attractor for inclusion and difference,” he added.

Ray Hartshorne and Jim Plunkard are partners at Hartshorne Plunkard Architecture, an architecture, planning and interior design firm they co-founded in 1987. They met as graduate students at UIC’s School of Architecture. “Under the mentorship of instructors Stanley Tigerman, Tom Beeby and other Chicago Seven architects, UIC is where we formed our ideas about placemaking, storytelling and symbolism, which are now hallmarks of our work,” said Jim Plunkard.

Led by six partners – five of whom are UIC alumni – Hartshorne Plunkard Architecture is the architect of signature buildings near its Fulton Market studio that launched the West Loop district’s rise as one of the country’s fastest growing office submarkets, including 1KFulton, home of Google’s Chicago headquarters; 905 West Fulton, the global headquarters of Mondelez International; and 1100 West Fulton, Herman Miller’s Chicago flagship. Other award-winning local projects by HPA are the Chicago Athletic Association Hotel, Soho House Chicago, No. 9 Walton, Essex on the Park and One Chicago. While based in Chicago, the firm has designed projects in 24 states, including INTRO Cleveland, which will be the nation’s largest mass timber building; Atlantic Yards, Microsoft’s new Atlanta headquarters; and the $100M Nashville Warehouse Co. mixed-use project anchored by Live Nation Entertainment.

The Hartshorne and Plunkard Fellowship deepens the existing partnership HPA has maintained with UIC’s School of Architecture for the past two decades. Ray Hartshorne, Jim Plunkard and HPA staff members have supported UIC’s Architecture Alumni Association (A3), serving as board members, hosting and sponsoring networking events, and participating as jurors and reviewers for studio projects and student portfolios.