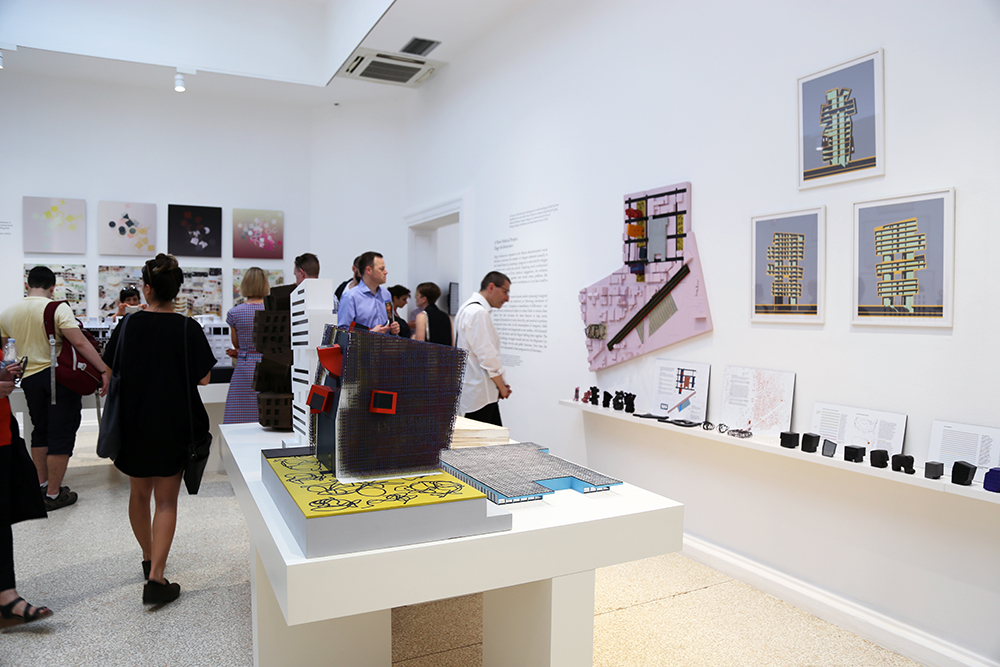 Faculty member Andrew Zago exhibits A New Federal Project at the 2016 Venice Architecture Biennale in the US Pavilion’s exhibition, The Architectural Imagination. The show, curated by Monica Ponce de Leon and Cynthia Davidson, explores Detroit as a site of architectural and urban speculation.

“Given the long pattern of urban disinvestment in Detroit, it is difficult to conceive of a plausible large project for the city. We attempt to turn this difficulty into an opportunity for an urban investment that weds global humanitarian action to urban reinvestment and organizes that junction via the tools, diagrams, and speculations of architecture.

The architectural proposal for this site is conceived as a subset of a much larger proposal for a transformation of the city that takes the form of an open letter to the US Department of State (which supports US participation in the Venice Architecture Biennale). We propose that the United States make a more substantial commitment to accepting refugees by implementing a carefully planned program to settle 68,000 refugees in Detroit over a nine-year period – a total roughly equal to 10 percent of the city’s current population. For our given site we propose new refugee services buildings that over time will be repurposed for programs for all Detroiters.

At a time when the singular and comprehensive spatial diagrams of our modern past seem increasingly untenable as urban strategies, this project proposes a constellation of differences – not just different architectural objects or different urban fields to contain those objects but also occasions for these features to leap across categorical boundaries of scale, hierarchy, and material instantiation to perform unexpected urban roles. In this, A New Federal Project moves beyond addressing the imagined collectives of modern planning to the awkward yet liberating coexistence of new constituencies.”